What is pigmentary glaucoma?

Glaucoma describes a number of conditions in which the optic nerve is damaged where it leaves the eye. This type of damage has characteristic features and effects on vision. The main risk factor for glaucoma is raised pressure within the eye (intraocular pressure) but other factors such as poor blood supply and weakness of the optic nerve can lead to glaucoma in eyes without raised pressure. 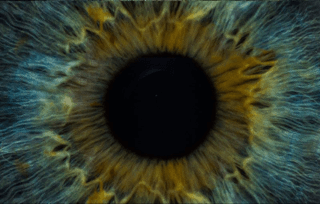 Glaucoma associated with the pigment dispersion syndrome or ‘pigmentary glaucoma’ is a form of secondary open angle glaucoma.

The inherited condition is relatively uncommon, tends to occur at a younger age than is usual in primary open angle glaucoma, and mainly affects myopic men.

It most often begins in the twenties and thirties, which makes it particularly important to monitor to ensure a lifetime of normal vision.

Nearsighted patients are more typically afflicted. The anatomy of the eyes of these patients appears to play a key role in the development of this type of glaucoma. Let us examine why.

What causes the release of eye pigment?

It is thought that due to the anatomy of the eye, there is some contact between the iris (the part of your eye that forms the pupil), and the lens and its associated structures, so that there may be chafing or rubbing during normal activities such as focusing the eyes in order to read.

There is also a possibility that vigorous exercise can cause increased pigment release. Thus some patients are advised to take medications to lower eye pressure prior to exercise or avoid exercise altogether. If you have PDS and are concerned about this, please speak to us before starting or stopping any exercise program.

The pigment that is released can deposit on various structures in the front of the eye, and eventually can clog the drainage system. Some people’s drainage systems do not have a problem handling this extra pigment, and these patients do not develop glaucoma. Other people’s drainage systems cannot handle this extra “load,” and eye pressure builds up or is deposited on the back of the cornea, the surfaces of the lens, and on the drainage meshwork eventually leading to the development of glaucoma. It is estimated that 30-35 percent of patients with pigment dispersion syndrome develop high eye pressure and/or glaucoma.

Normally, clear fluid which is secreted into the eye escapes via the drainage meshwork and returns to the bloodstream. Obstruction of this meshwork appears to account for the raised intraocular pressure, and pigmentary glaucoma behaves in general like primary open angle glaucoma not accompanied by the pigment disturbance.

How is pigmentary glaucoma diagnoised?

Typically many patients do not have symptoms, especially early in the disease process. When pigmentary glaucoma advances, a patient may notice difficulty with side vision, just as one would experience in open-angle glaucoma. Rarely, patients may complain of sporadic episodes of haloes or blurry vision. In order to be diagnosed with pigmentary glaucoma, your ophthalmologist needs to do a thorough examination of your eyes, including an examination of your drainage angle.

Patients with pigment dispersion or pigmentary glaucoma have more pigment than usual in the drainage angle. They may also have pigment on the inner lining of the cornea and thinning of the iris from where the iris chafing occurs and pigment is released. A detailed examination of the back of the eye is also needed in order to assess if there is any optic nerve damage. You may undergo imaging of the optic nerve as well as formal field of vision testing.

Medical treatment of pigmentary glaucoma is similar to treatment for primary open angle glaucoma. We will advise on the treatment which is best for you, which may involve eye drops, laser treatment or sometimes surgery.

There are differing opinions as to the usefulness of a laser procedure to make a small hole in the iris,which is usually used to prevent or treat angle-closure glaucoma. In the case of pigmentary glaucoma, the purpose of the hole is to help shift the anatomy in the eye so that there is less chafing or rubbing of the iris and thus less pigment dispersion.

A different type of laser (laser trabeculoplasty) can also be used to improve drainage and lower pressure, which can be very effective in pigmentary glaucoma because of the increased pigment in the drainage angle. Finally, surgical options such as trabeculectomy or tube shunt surgery can also be used to treat more aggressive forms of pigmentary glaucoma

Since pigmentary glaucoma can have no symptoms, and because it typically occurs at a younger age, this form of glaucoma is often underdiagnosed. However, if identified early and treated appropriately, patients often do well, and blindness from this form of glaucoma is relatively rare. In some cases there is the possibility of regression of the pigment dispersion over time, and sometimes there is even a return to “normal” eye pressures. As always, with any type of glaucoma, regular follow-up examinations is critical to the preservation of sight.